A Regal Rolls-Royce for Viceregal Use

By the time Rolls-Royce entered the 1930s, a number of prestigious car manufacturers were giving stiff competition to the hallowed marque. In Europe, the Hispano-Suiza H6 series was a more technologically advanced chassis, offering stylish designs from the best Continental coachbuilders.

A few years later, Hispano-Suiza introduced their masterpiece, the J12, featuring a magnificent V12 engine. Across the Atlantic, there was Duesenberg, with their racy bodies and incredible performance. Lower down in the price range, Auburn of Indiana (part of the Auburn-Cord-Duesenberg group) was offering a V12 for far less money than a Rolls-Royce.

And then there were the traditional rivals, Packard & Cadillac who both had very refined 12-cylinder models, the former with the ‘Twin Six’ (later known simply as the Packard 12) and the Cadillac V12. Ford too had a V12 in their Lincoln division. And then finally, Cadillac surpassed everyone in the multi-cylinder race with their superlative V16 series.

Rolls-Royce co-founder Henry Royce was well aware of the competition, and he had started to work on a new V12 chassis as early as 1932, which proved to be the last Rolls-Royce chassis that Henry Royce worked on before his death in 1933. Some design features gained from Rolls-Royces’ successful aircraft engines found their way into the new V12 for the new Rolls-Royce.

Fast forward a few years, the Phantom II was replaced by the Phantom III in 1936. Officially still known as a 40/50 model, the Phantom III had a complex aluminium alloy V12 overhead valve engine of 7.3 litres, driven by a single camshaft in the valley of the V.

The new engine was silky smooth, powerful (with an average body, the PIII could hit 87 mph) and offered brisk acceleration. Upto 1937, the Phantom III featured a unique arrangement of the valve train with hydraulically operated tappets (rockers), which was later changed to a solid tappet arrangement in 1938 for ease of service.

For the first time, this new Rolls-Royce employed independent front suspension to a design from General Motors. Carried over was the efficient 4 wheel hydraulic braking system, again built under license, this time from Hispano-Suiza. The Phantom III stopped as well as it moved. With World War II looming, the Phantom III became the last large pre-war Rolls Royce made, with 727 chassis finally produced and it was to be the only V12 offered by the company till the Silver Seraph of 1998.

Chassis # 3CP-100, a 1937 Rolls-Royce Phantom III, was the second Vice-Regal Phantom III that came to India. 3CP-100 was ordered for a specific purpose from RR on 19th May 1937 by the India Store Department in London and was completed on 16th August 1937 and later shipped to Bombay on 4th September aboard the SS ‘Manela’.

This Phantom III came to India to serve as the official motorcar of the new Governor of Bombay, Sir (Lawrence) Roger Lumley. Roger Lumley was Governor between 18th September 1937 and 24th March 1943.

Wearing a traditional limousine body to design 6273, body number 8882 is at once imposing and handsome and coachbuilt by the revered coachbuilders Hooper. The design was different to other PIIIs of similar design in that the roof was raised by an additional 3 inches.

The car also featured a flagstaff and a small light to the roof, the same as on the Viceroy’s Phantom III. An electric fan replaced the heater, no doubt for the hot climate of Bombay. Under the front seat were golf clubs and an umbrella. This PIII featured a single off-side spare wheel with no wheel discs originally. The car was painted in black throughout with a fine white coach line, black leather to the front and fawn, West of England cloth to the rear. Woodwork was dark walnut.

One has to assume that this RR would have served in official duties from 1937 till at least Indian independence in 1947.

The next record we find is from 1951, where RR records show that it was owned by Mr. JGL Spence in India. It was subsequently acquired by the Nawabs of Jalpaiguri for their use and has since remained in the family with current custodian Azam Monem in Kolkata.

The writer and photographer had a chance to interact with Azam Monem on a cloudy Sunday morning and see the car up close. Several black-and-white photos came out from the family albums—this wasn’t a show car, the Jalpaiguri family used the Phantom III, registered in West Bengal as WBC 1 for various long distance outings, touring from city to city and state to state.

To say that WBC 1 is enormous is an understatement. The Phantom III chassis is huge and with the Hooper limousine coach and the taller roof, the car looks like it was built for giants, not mere mortals! Inspite of its size, the master coachbuilders managed to accord fine proportions resulting in a very handsome and stately body. WBC 1 currently wears two shades of dark blue and the livery suits the car well, enhancing its stately lines.

The interiors are largely original, save for some re-upholstery to the passenger compartment. As expected in a limousine, a division glass and two jump seats are some interior features.

However, the most exciting part of the car is the magnificent aluminium alloy engine. Relatively compact it may be, but the V12 still appears huge. And then there are the twin distributors, ignition coils, 24 spark plugs and various other innovative features that would be a delight for any classic car enthusiast and engineer alike.

The car started without fuss and moved gracefully within the owner’s compound, which afforded the photographer several shots. Sadly, our session was cut short by a sudden downpour during which the wonderful PIII was driven back into her garage home.

WBC 1 happens to be one of two Phantom IIIs which has spent considerable time in Kolkata and is definitely a special car, not just because it is one of only 727 Phantom III examples produced by Rolls-Royce but also because of its original purpose of serving as a viceregal car and then being in long-term ownership within the same family for the past 50 years or so. The other Phantom III which has spent an even longer time in Kolkata is WBA 2222, but that is a subject for another article. And now there is a third Phantom III in Kolkata, a more recent import, which we will feature when the car's restoration is complete. 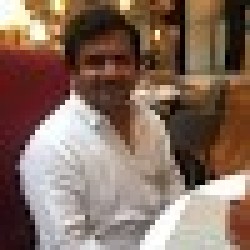