Alejandro de Tomaso took over Maserati soon after he had acquired a slew of famous Italian marques such as Ghia and Vignale (no small thanks to Ford’s financial strength), as well as Innocenti, Benelli and Moto Guzzi.

Soon after he had got De Tomaso Automobili going, Maserati was about to be sold to Citroën. The Orsi family had finally recognized that the company needed major investments on infrastructure and new models and it wasn’t prepared to do so. Unfortunately, Citroën didn’t have the wherewithal to carry on with the plans and opted for an exit strategy to minimize losses.

The Italian public company GEPI stepped in to avert social turmoil that would have followed a lay-off of so many workers. GEPI could not manage a drifting company and let Alejandro de Tomaso on board, who eventually bought the (GEPI) shares.

Alejandro was seen as the strong captain that Maserati needed, the right man to engineer the marque’s comeback. As often with a strong-minded individual, comes an ego. Whilst Alejandro knew a new model was needed, he refused to accept the time it would take to design and put a new model into production.

In his desperation, he thought he could do so in a few months. Barely nine months separated the signing of the agreement with GEPI (8th of August 1975) to acquire part of the Maserati shares and the Geneva Motor Show in March 1976, yet Alejandro wanted to launch a new model from the marque of the Trident on the world scene.

However, the new Maserati was nothing else but the De Tomaso Longchamp in evening dress. Tom Tjaarda had designed the Longchamp for De Tomaso three years earlier, to address Ford’s CEO Lee Iacocca’s ambition to have a rival to challenge Mercedes-Benz in the high-performance coupe four-seater segment.

As de Tomaso could count on two of the most famous coachbuilders in Italy—Ghia and Vignale—he thought about economies of scale. The Kyalami wasn’t meant to be identical to the Longchamp, hence Alejandro asked Pietro Frua (the wizard of some of the most beautiful Masers) to work on Tjaarda’s lines and redesign that evening dress, while retaining the basic structure and proportions.

It wasn’t merely a face lift; the Kyalami reflected strength and sportiness very gracefully. Pietro Frua made a new Maserati with very few changes—mainly the bonnet and front part. And this was the last Maserati two-door coupe with that legendary V8 throbbing under the bonnet, the burbling swan song of a long tradition of sports cars but by no means the least glorious.

To make his mark in as short a time as possible, Alejandro kept as much as he could of the Longchamp; namely the chassis, front and rear suspensions, the basic body shell and the interior. The result was most impressive!

The tail lamps were replaced by the rarer units used on the Maserati-engined Citroën SM. At the front, four round lamps (as in the Mangusta) were chosen over the rectangular Ford Granada MK I’s units used for the Longchamp.

Over a production run of eight years, barely 206 Kyalamis were made, making it one of the rarest of the series production sports cars with a V8 engine derived from the Maserati 450S’ unit. The Kyalami’s chassis was designed by Gianpaolo Dallara, just like that of the De Tomaso Longchamp and the Deauville. He gave the car exceptional handling, even at high speed, and according to the test drivers of the period he made it ‘the best driving Maserati’. I completely agree with them!

Driving the Kyalami is a unique experience; the feeling behind the wheel is definitely that of a ‘modern’ car, although the car’s aesthetics reminds us that we are in the 1970s. Superb road-holding and braking power, with excellent chassis stiffness, and the ease of driving are some of the features to be found in this car.

During the years of production (1977–1983) , the Kyalami didn’t undergo many changes. But it did steal the heart of Luciano Pavarotti, who bought one in 1978. He was just one of several famous owners of these special coupes. As a matter of fact, not many cars can count in their palmarès two of the designers that made the biggest difference in automotive history: Tom Tjaarda and Pietro Frua. Both of them designed in the proportions of lines, curves and surfaces the key to beauty and harmony.

The ‘best driving’ Maserati is a significant car in many ways, and possibly the quintessence of the marque of the Trident. Its only fault was that traditional Maserati aficionados never took to that Argentian racing driver who came to Italy to find his place amongst the best of Italian sports car specialists.

With Inputs by Sanjoy Bose 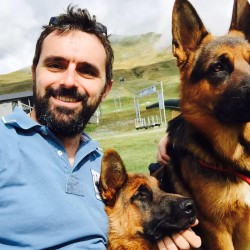