In the summer of 1977, those wishing to immerse themselves in the panorama of the world's artistic trends went to Kassel, Germany, to visit the sixth edition of Documenta, the international event for contemporary art. Strolling among installations and pavilions in which the likes of Francis Bacon and Balthus’ works were on display, the work conceived by designer Marcello Gandini for Nuccio Bertone, the Italian coachbuilder famous for his futuristic concept cars, could not have gone unnoticed.

Bertone had brought his Lancia Strato's Zero to Kassel: an extremely low car that looked like an aerospace rocket—not a model but a self-propelled and perfectly functional sculpture that still amazes everyone. It was such a revolutionary object, that it marked a break in automotive design that remains unmatched even today.

Bertone's human and industrial history started from a humble farmhouse on the outskirts of Mondovì (in the Piedmont region of Italy) where Giovanni Bertone was born in 1884. After an apprenticeship as a carter in a company in the countryside, in 1907, Giovanni moved to Turin and was shortly afterwards employed by the Diatto Ferroviaria, where he specialized in the construction of bodies.

In 1912, he started his own business and, having overcome the difficult years of the Great War, he moved from the production of animal-powered vehicles to motorized ones. In time his clients included FIAT, Lancia, Itala, SPA and Diatto itself, for bodywork elements and interior finishes.

The new facilities at Corso Peschiera were inaugurated in the 1930s, where the young Nuccio Bertone (1914–1997) also began to work. By now Bertone employed 150, as they set up the production of bodies of the Lancia Ardita and the Fiat Balilla.

By the end of WWII, the ongoing changes in production techniques—in particular, the advent of unitary construction—was the death knell for body-on-frame. Nuccio took up the challenge by personally dedicating himself to racing and the production of custom-built sports cars based on Siata, Lancia, Ferrari and later cars for the American entrepreneur Wacky Arnolt, on Bristol chassis imported from the UK and completed cars shipped to the US.

The unquestionable technical and managerial skills of Nuccio Bertone came to the notice of the top management of Alfa Romeo, who commissioned him to design and produce the Giulietta Sprint with the aid of the eclectic Franco Scaglione, a young Florentine aristocrat. This marked the beginning of several collaborations with Scaglione, which made Bertone famous in the 1950s.

Nuccio Bertone was, undoubtedly, a brilliant manager who had the ability to recognize and value talent when he saw them. At his ‘school’ some of the greatest names in automotive design were nurtured, such as Giorgetto Giugiaro and Marcello Gandini.

The collaboration with Alfa Romeo for the Giulietta Sprint, which was a resounding success, transformed Bertone into an industry, with the company employing 400, then 800, and eventually 1500 people, as new plants were opened in Mappano-Caselle and Grugliasco. The design department became an independent company: Stile Bertone, with 140 employees.

Bertone's success now went beyond the automotive industry, into the world of art, fashion, trends!

The photos of the Giulietta Sprint in Paris with the models wearing Balmain are famous. With motor show after motor show, Bertone showcased a series of fantastic prototypes all over the world—and not just mock-ups, but drivable machines which were driven into the shows, emphasizing even more the exceptional nature of the event. Bertone was also catapulted into the world of glamour, the most famous being the parade of the Lamborghini Marzal prototype on the Monaco circuit before the start of the 1967 Grand Prix, with Grace Kelly and Prince Rainier on board.

By then Bertone was ‘tailoring’ the most important cars in the world, in partnership with Ferruccio Lamborghini, for whom Marcello Gandini designed unmatchable masterpieces such as the Miura and the Countach. The latter, unveiled at Geneva in 1971, was an instant success, making all other sports cars look out of date.

Other important clients included Ferrari, Maserati, Alfa Romeo, Lancia, Fiat, Citroen, Renault, BMW, Porsche, Opel, Mazda, Aston Martin, Bugatti, et al. The documentation in the Bertone archives (which is with us) tells us that for more than 350 known projects that one sees in specialized literature, there may have been as many as three times that remained undiscovered over these years.

Lesser known is Bertone's activity in the industrial design sector. From the documentation, one can see designs for watches, eyewear, helmets, ties, coffee machines, a child seat, the Artic vodka bottle, Stratos lamps for Zonca, projects in the luxury sector such as the outfitting of yachts and helicopters, as well as a stroller designed by Marie Jeanne, Nuccio's daughter, who with her sister Barbara and mother Lilli, took over the running of the company after the death of her father.

During the last years of managing Bertone, the need to protect the cultural heritage of the company gave rise to a museum as a part of Stile Bertone, which housed the collection of prototypes and the most significant cars produced by Bertone. With the bankruptcy, the collection passed to ASI, the historic Italian Automobile Club federation, which showcases the collection by exhibiting many of the cars in international events, all of which have been very popular.

Throughout, the human factor has been at the base of the Bertone story. It’s a story of men of genius, as well as of humble men who rolled up their sleeves in the most difficult of moments and were able to courageously re-launch the company with the sole weapon of imagination, and nothing more.

The story of this entrepreneurial and artistic adventure is told by the documents of the Bertone archives, acquired in several stages, by way of pre-emption or by donation from the then Ministry of Cultural Heritage, and then by the Ministry of Culture between 2018 and 2022, thanks to the coordinated action of the General Directorate of Archives, the Archival Superintendencies of Piedmont and Lombardy and the Central State Archives, which is the final recipient of this extraordinary heritage.

We speak in the plural when we refer to the Bertone archives because the complex corporate affair, which later ended with two bankruptcies and an extraordinary administration, led the archives of five different companies to merge and re-divide into a complicated card game, which is engaging the staff of the State Archives into a complex ‘reconstruction’.

At present, the documentation is still in the reorganization phase, and therefore the data provided can only be provisional. Despite this, the documentary volume is remarkable for its chronological extension, covering more than a century, from 1912 to 2013, for the very high quality of the preserved pieces (just think of the autographed drawings by Giorgetto Giugiaro and Marcello Gandini), as well as for the quantities that see the graphic archive consisting of about 70,000 prints and sketches. To which one must add as many photographs and some 2,000 folders of administrative, legal, and accounting correspondence, plus promotional materials and papers from the studio of Nuccio Bertone himself as well as models, paintings, posters, and so on.

To these one must add another 500-odd computer media (tapes, CD-DVD, HD, etc), containing the backup data of the work carried out from the late 1990s to the cessation of activity: an extraordinary opportunity for the contemporary archivist to deal with the problems related to the recovery, use and long-term conservation of a hybrid documentation system.

Archive is, therefore, a real treasure which, despite the hardships endured in the last decade of activity and some undeniable dispersions, represents an extraordinary example of a corporate archive of ‘Made in Italy’ design. 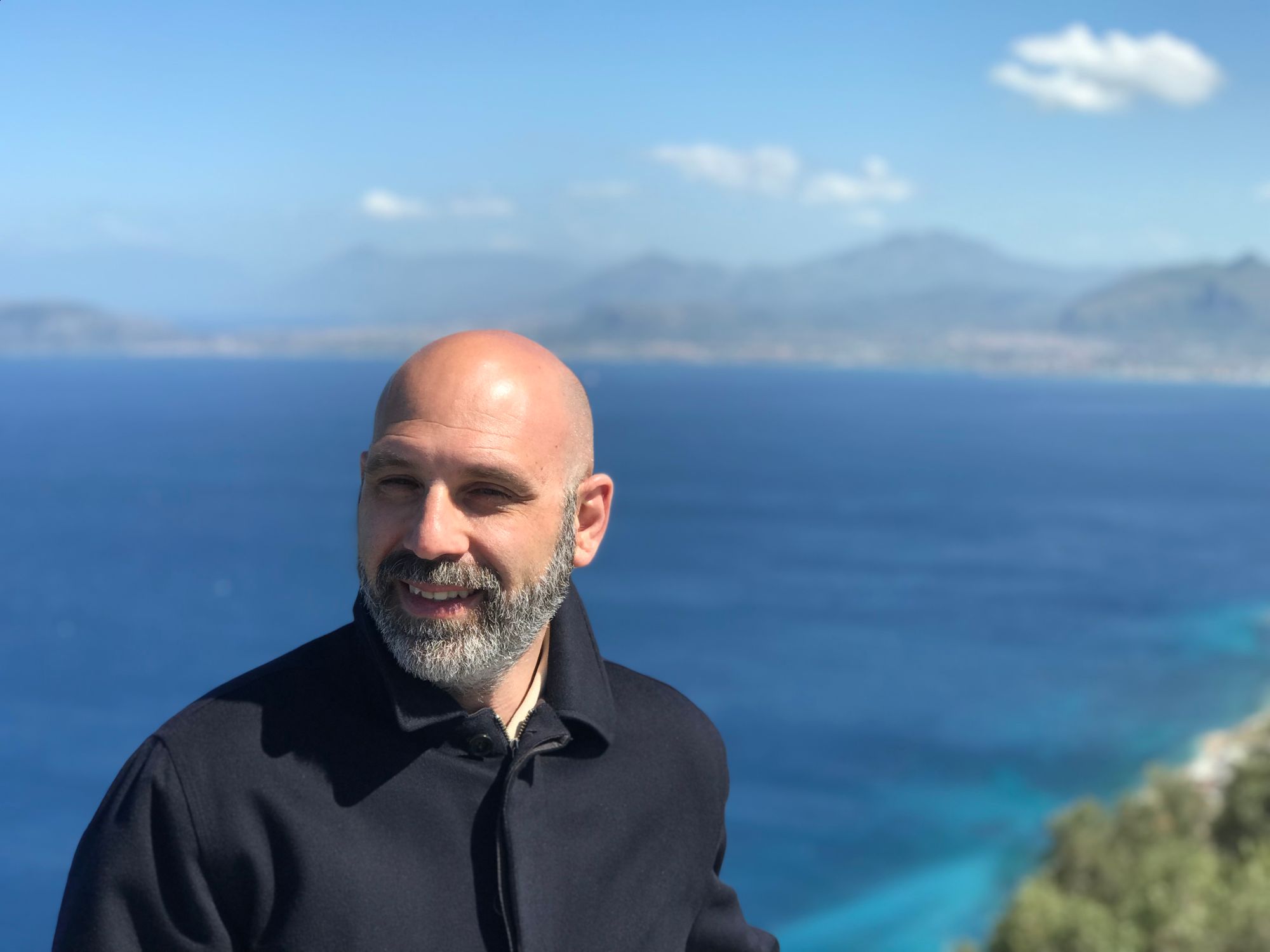