The One That (Nearly) Got Away: Ranjit Pratap's Honda Accord

To many who aren't as connected with cars as us lot, car collectors can seem like an eccentric bunch. They seem to buy cars, put in years of love and effort to restore them, and somehow end up selling them—not all cars, but some maybe. With that, they bring onto themselves a feeling of regret, followed generally by self-pity and eventually another car purchase to ease the pain. It's pretty much like a diary of a Casanova but with just cars in it.

Okay, that's too much generalisation, I know, but the regret to have not sold a car one loved is always there. Ranjit Pratap, whose rather notable collection is as enviable as it is commendable, does have another story of a car that nearly got away, the first-generation Honda Accord.

The Honda Accord is a monumental product for the Japanese carmaker. It enabled Honda to take on the big guns, offer unmatched levels of comfort and luxury but without needing the buyer to burn a hole in the pocket to run, and with reliability and drivability that's second to none. It was after all, from the land of the rising sun.

Absolutely terrible attempts at rhyming those last few sentences aside, it can't be emphasised enough how crucial the Accord has been for Honda. Especially when you consider the immense presence it's had on the other side of the Atlantic. And while other markets weren't ignored, without the impetus—and the eventual runaway success in the American market—Honda would've been a very different company. And it was all down to a hatchback.

A hatchback? But isn't the Accord a saloon, you may ask? You aren't wrong, but the Honda Accord began its life as a hatchback. A premium hatchback that would sit above the Honda Civic and give the American market a taste of what Honda was capable of. The story goes a bit like this: Honda understood the need for inexpensive motoring and wanted to cash in on that opportunity. The Civic was rather new, and Honda was keen to make the most of the R&D money they'd spent already.

And that's how the Accord CVCC hatchback came into being. It was upmarket, loaded with features, and with a substantial weight advantage over the usual American barges, it didn't even need a large engine to propel it. A 1.6-litre Civic-sourced engine did the duty until Honda decided to up the game with the introduction of a four-door saloon, complete with a 1.8-litre naturally aspirated petrol engine.

The first-generation car was on sale until 1982, which is when the second-generation version replaced it. Just to give you an idea of the car's success, by the time it was succeeded, Honda was shifting just under 200,000 Accords every year—impressive, especially for a carmaker that wasn't associated with luxury in a market like the US.

Ranjit's story is no less special either. His love for cars regardless of make and model has been documented well, but it's how each car of his has a nice, intriguing story that makes it even better. Take his Honda Accord for instance. It's an LHD Accord sedan but a few minutes into our conversation I was a tad perplexed because his liking for the Accord hatch had taken over our discussion.

But aren't there photos of a four-door version?! Here's how this story pans out. In the early ‘80s, Ranjit, on his customary visits to car auctions, grew a fondness for the first-generation Honda Accord hatchback. An ex-US car with low mileage (about 8000km) and the rarity that's commonly associated with more prestigious brands, it seemed just the perfect car to own.

Before that dream could realise, a dealer from Madras managed to make a better bid—and won. Undeterred, Ranjit approached the dealer, paid a premium (as you do!) and walked away with the keys to what wasn't just a rare car but one that'd remain etched in Ranjit's heart for a long time.

For the next one-and-a-half years, Ranjit couldn't get enough of the cute looks and unmatched ride comfort. He would often switch cars every two years or so, and the routine didn't stop for this Honda either. After parting ways with it, the car did come back, only as fleeting memories, often reminding Ranjit about its useable power and the looks, especially the hatchback shape.

Fast forward to when he started building his collection in the early 2000s, Ranjit could sense the undying desire to include in the Japanese corner of the garage, the remarkable little Honda from the late 1970s.

And thus began the search for a Honda Accord. The phone calls, SMSes, and WhatsApp conversations did lead to one fine example. The front, an excited Ranjit mentions, was exactly like the 'car I owned', only until he saw the photos of the rear. It was the slightly less unique (but no less good looking) Accord saloon, from 1979. Let's not forget that it was a rare car and coming across another would've been nearly impossible.

Ranjit took the leap of faith, bought the car, and waited. While not quite an 'it was a disaster' but pretty close, the car arrived with more rust than one would expect to see on a running Honda Accord. Some parts were completely eroded (the floorboard, both bumpers, etc.)—it turns out that while the first keeper kept it in great nick, the subsequent custodians weren't as meticulous with their approach.

The car was stripped down for a complete redo. Thankfully with the internals intact, it wasn't a goner. They imported the suspension, fabricated new bumpers, and took care of everything else too. A little more than two years later, it was ready to win Ranjit's heart again—and shock those who'd known about the car's previous condition. But that's hardly a surprise, considering it's been the first-generation Honda Accord's habit to make people stop in their tracks. Just ask Ranjit! 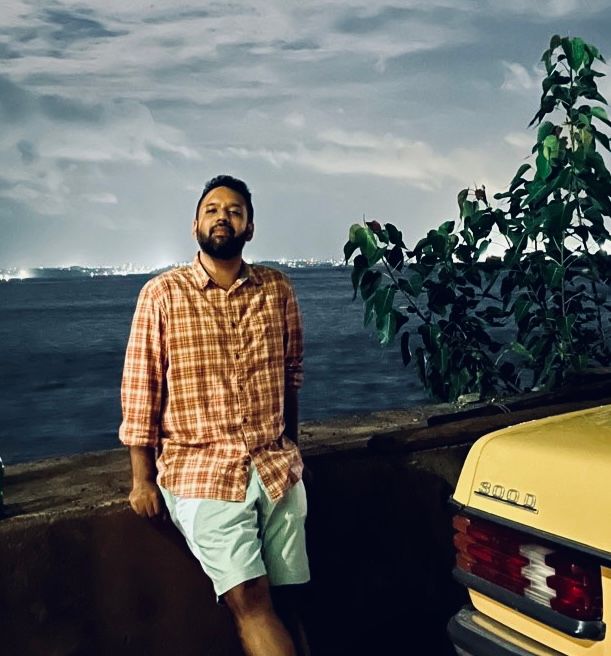