In 1975, as a 6-year-old I moved to Kolkata [then Calcutta] as my father was deputed by the central government to the Burn Standard Company. We lived on Alipore Avenue. On the very first day of returning from my new school, I saw a bright orange coloured car… and I stared, and stared, and stared until my mother pulled me away.

The badge looked interesting. In a roundel it had letters criss-crossing each other. My father’s driver Bhanu told me endearingly, “Babu, oita holo Bholoks-bhagon! Jaarmaan gaadi.” [Little sir, that is a…Volkswagen! German car.]

Every day, till my father got transferred out, I would stand in front of the car…sometimes facing its front and sometimes the rear. The rear had some bright letters which I could never understand but they glistened in the sun and looked magnificent. Little would I ever know that this amazing machine had seen the end of its production in 1974 itself!

That was the VW Karmann Ghia!

Many years later when I would understand a little more about cars, I began to read about this delectable masterpiece. And the fascination grew.

The VW Karmann Ghia [VWKG] to me is a milestone vehicle not just for its styling and production numbers but for the role it played in the revival of the VW badge after the war, and also symbolic of a new Germany emerging from post-war trauma and the Marshall Plan, with rising incomes and growing self-confidence.

VW had to evolve from making just the Beetle/Kafer and its variants into a more aspirational brand. It had to create something ‘premium’, both in build quality and styling. And paths crossed. With the Italian design studio Carrozzeria Ghia wanting to showcase its creative prowess beyond its national borders. And with the German coachbuilder Karmann that had just seen the founder’s son taking charge and wanting to prove himself.

That common passion of the three organisations saw them finally come together in 1953 to productionise what was named ‘Type 14’. Ghia led by Luigi Segre along with Mario Boano, Sergio Coggiola and Giovanni Savonuzzi styled the vehicle using the underpinnings of the ‘Type 1’ which we know as the Beetle.

The design was heavily influenced by Virgil Exner’s Chrysler d’Elegance, many saying it was a scaled-down version without the huge grille. But it looked so delectable at its debut at the 1955 Paris and Frankfurt motor shows that nobody really minded the comparisons.

Exner went on to say that the vehicle was the ultimate flattery and Segre made sure that the first piece to cross the Atlantic went to him. Such levels of mutual admiration are rare to come across nowadays!

My next encounter with the VWKG was in 1992 when working in Maruti Suzuki [then Maruti Udyog]. Close to my home was a string of garages. In one lay the shell of a VWKG! Even the bare shape was bewitching, possibly more attractive without the mechanicals. Any thoughts of attempting a restoration were put to rest by the way my parents looked at me.

Brazil created its own Touring Coupe in 1972 designed by a young Giorgetto Giugiaro, then employed by Ghia! To me, the VWKG TC has always appealed more than the Type 34 in its sheer dynamic proportions. It happened to be the second vehicle in the world to offer a retractable steel sunroof, making it the most expensive VW to be sold in any part of the world till the VW-Porsche 914!

And it brings me to my third encounter with the VWKG in 2008 when working with Apollo Tyres. Pitching for VW’s India business, I was part of a team that went to Wolfsburg for negotiations. At a bookstore my eyes fell on a book titled ‘Karmann Ghia’ by Reinhard Lintelmann. I picked up two copies.

The second one was for Dr. Asim Dasgupta, family friend and former finance minister of West Bengal who was a great fan of the VWKG since he drove the one owned by his teacher at MIT, Paul Samuelson! The book was in German, but he didn’t mind at all. “Look at these fabulous pictures,” he exclaimed.

As the years caught on and fresh safety regulations kept popping up, especially in large markets like the US, the VWKG somewhere could not keep pace. Stop-gap arrangements like removing the rear seats as they could not incorporate seat belts, changing the bumper designs and larger taillights were made to keep the vehicle export-worthy but time was surely running out.

While the Type 14 was sold in the US, the Type 34 was not even officially sold in the country. Many made their way from Canada giving it a ‘cult’ status of sorts.

The pictures of the VWKG featuring here are of Ranjit Pratap’s 1972 version with the 1.6L single-carb engine. It was bought directly from State Trading Corporation of India in 1974 when it was two years old. It was his first car in a collection that is close to a 100 today.

The car has covered just 70,000km and is very original, including original interiors and seats. In the 1970s and early 1980s Ranjit Pratap used the car extensively, but then as other cars caught his interest, the Karmann was ignored for several years.

Around 2005–06 he started using the car again and as the condition had deteriorated, decided to give it full grounds-up exterior restoration in 2010. Dash and seats are original, and there is a small crack in the dash which remains. The original paint of solid orange was given up for a metallic orange. The chrome too is redone to bring it back to its resplendent self!

The VWKG finally gave way to the VW-Porsche 914, a unique collaboration that saw a young Ferdinand Porsche lead the project. There was a concept Karmann Coupe displayed at the 1990 Frankfurt Motor Show but that is the closest anyone has contemplated reviving the badge.

Maybe that is the best way to let the VW Karmann Ghia be… as an all-time classic, making books, collectors, and museums proud. It remains a showcase of positive collaboration and co-creation.

Which brings me to my fourth encounter with the VW Karmann Ghia when working in VW India.

In a very cold Wolfsburg in February 2014, after a day’s work when walking down to the hotel within the Autostadt complex, there she stood in her 1970 avatar, literally showcased. I stopped and I stared, and stared, and stared…and the 6-year-old in me leapt in sheer joy at the ‘Bholoks-bhagon’! 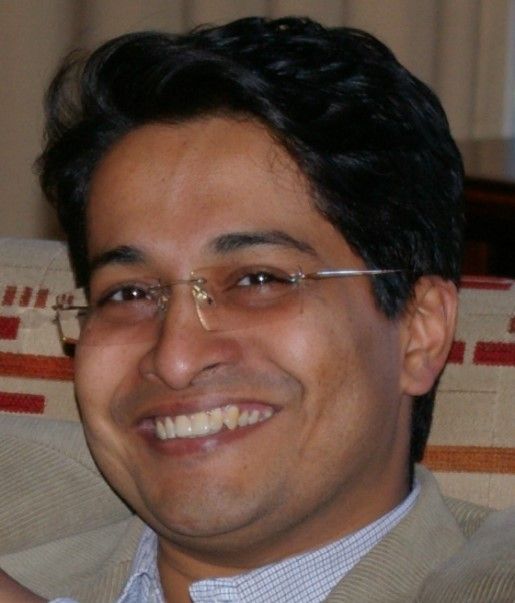